My stance on mod packs

Been getting a bunch of mod pack requests lately…. If you have one in a PM on MCF waiting, you’ll be getting a reply to this link (sorry, but i really have been getting too many to type a reply for every one of them!)

DeathCounter:
Rewrote ranking system to fix the all the bugs with the leaderboard
Your own ranking is now shown to you if not on the leaderboard.
Added reset deaths command.

Done as a quick request, decided to make it public since there’s no simple death counter mod I could find.

Pig transportation could not get better than this. 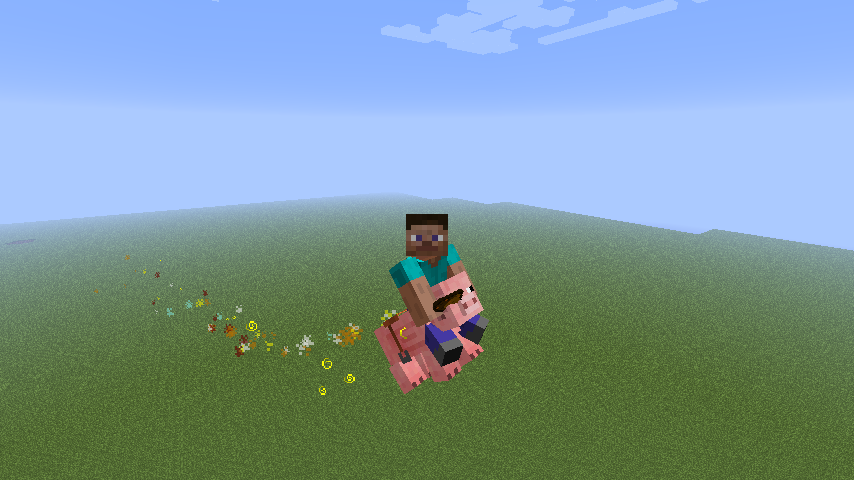 I’ve started a Let’s Play series on my YouTube channel. The LP will be recorded on the whitelisted and invite only ForgeCraft dev server, which I’ve long been invited to join (since it was known as PahiCraft).

My mods currently on the server are Back Tools, Gravity Gun and Portal Gun. I may be adding Mob Dismemberment to my client in the future, but as of now it is not installed.

At time of post the first and second episodes are already up on the channel, but mind you it’s my first time recording so many apologies if its a bit crappy! (I’m getting better though!)

I’ve decided on a Tuesday and Thursday release schedule, that’ll be two episodes a week for as long as the series runs, with no hiccups if possible! Not to forget I’ve got real life to think about as well as my own mods to maintain, so won’t be doing a daily release *cough* like direwolf20 *cough* (go check him out though, he’s awesome!).

Anyways, that’s pretty much it for now, if you like my videos feel free to comment/subscribe/tell others about it (heh).

The Future of My ModLoader Mods

Two days ago, Snapshot 13w02b was released. This snapshot (along with 13w02a) contains a new rendering system for the entire game, having each block/item consisting of multiple texture files for rendering.

Right now I do not know of the stance of Risugami’s ModLoader (ML) on this change, if it were to adapt somehow or discontinue, because according to cpw (who does FML), this change completely break’s ML’s overriding system.

What I’m trying to point out here is that ModLoader may not work the same way in snapshot 13w02b when fully released (I assume it will be called 1.5, and will refer to it as such from now on), so it might break the mods in some way. However, if I have to take the step, I will be moving the mod to use Forge/FML rather (ML mods have always worked on Forge/FML).

On a side note, for those who use the Pig Grinder mod, I will be discontinuing it as a ModLoader mod, and will continue it as a Forge Mod (making it SMP compatible) in the future.

TL;DR: ML may be changing in 1.5. My ML mods may convert to Forge due to it. Pig Grinder is confirmed to switch over.

– Really fixed crashing issue with portals.
– Added two diamonds to the recipe for a long fall boot due to “OP” complaints. (blame slowpoke101)