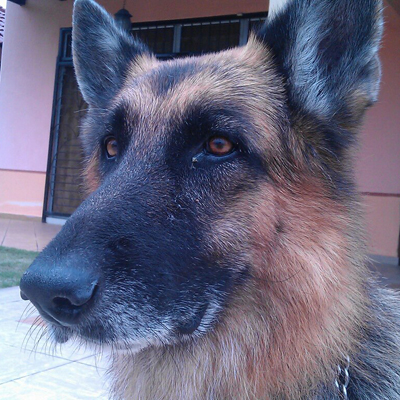 This is my most recent photo of him. Taken while he was looking at some passing neighbours. Dated 29th Sept 2012.

He’s a German Shephard Dog (GSD). I’ve had him for close to 9 years now, ever since he was a puppy. Just yesterday was his 9th birthday.

He normally spends his days just lazing around, understandable since he’s considered a senior at his age.

He died today, due to a blood infection [sepsis].

It’s been a pretty rough two weeks for him (and me). He got a nasty wound on his elbow (I have no idea how) which required him to be sent to the vet to have it looked at. By the next day the wound had been cleaned and was taken care of for the next week. However for that next week his appetite began to worsen and he started refusing to eat, only drinking water out of his bowl constantly. 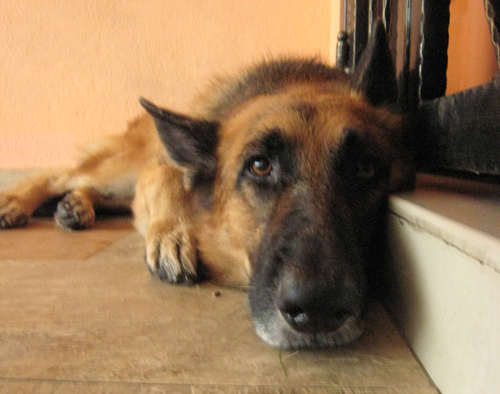 So back to the vet he went, the vet initially thought it was a gastric issue and prescribed medication to treat gastric, taking his weak kidneys into account (he was hospitalised due to tick fever around the same time last year). The treatment itself was also tough, he would still refuse to eat and would vomit out any food, if eaten, which includes his medication. He was scheduled to go back to the vet again today when suddenly early this morning he began vomiting blood. It was pretty much an emergency by then, had him there right away when the vet opened.

The vet put him on an IV drip and started her very best to help him. I had other matters to do on the other hand, so I couldn’t stay. Around 1 pm or so, the vet called to say that Jack had died. 🙁 Vet informed that it was a bad case of sepsis, coupled with his old age and kidneys, when he finally succumbed. She said she wanted to do a blood test to determine what antibiotics to give him (even the blood stank), which couldn’t even be completed on time. Jack was cremated earlier today at the cost of MYR 200.

I in no way blame the vet for what happened. She’s excellent at what she does and she’s terribly friendly. I guess it was just his time.

I am of course still upset about losing a best bud, its been a great long time he’s been there for me. I’ll miss him terribly.

Just thought I’d share this, something different from news of my mods and such for once.

Hey guys, recently I’ve been thinking of swapping out the Pedestal/portalgun models that we currently have ingame, one of which I created using Techne in JUNE 2011. (Yeah it’s pretty old)

Here’s a picture of it: 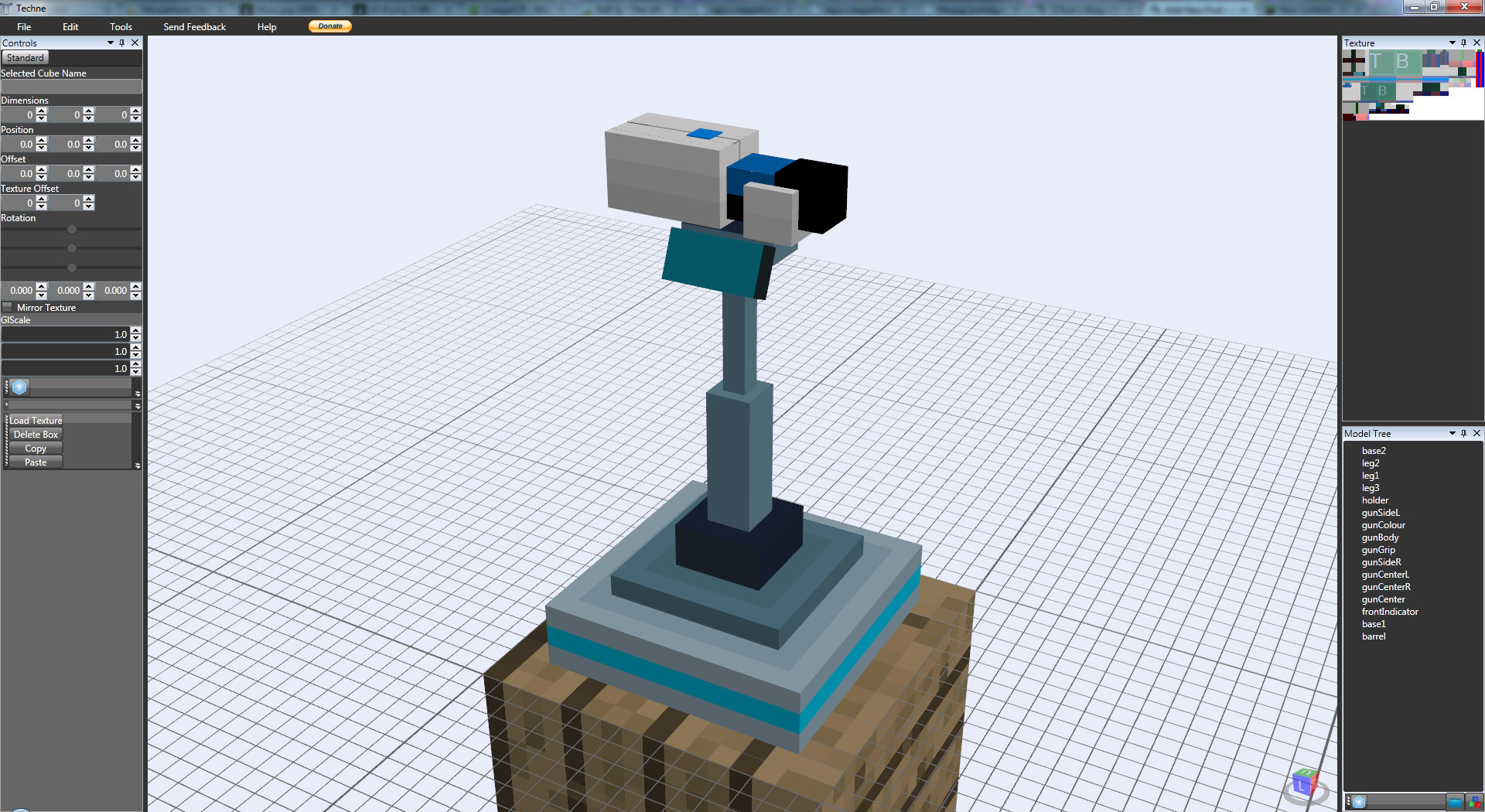 So… I was wondering,

That’s right guys. While I’m busy with the rewrite, at the same time I would like to change the portalgun model with something perhaps better looking and a bit more detailed.

You guys now have the chance of creating a model for the mod! You will of course, get creds if selected.

Here’s what you have to do:

Please note that once you submit the model you’ll be agreeing to allow me to make changes to the model as I see fit before it is put into the mod, as well as allowing the public to view/use it.

There is no deadline for this yet, but doesn’t mean you can dilly dally, if you want a shot at it, please submit it before I DO set a deadline!

So, that’s basically it for now, hope to see some awesome submissions in the near future!

I’ve already gotten a potential candidate! (Thanks again mr_hazard|d95, you truly are an awesome person 😀 )

Hey guys, there is a small issue with the webhost running this website for the moment.

Its generating too much bandwidth!

In two weeks you guys manage to generate 2.8 TB (yes terrabytes) of data on the server. Normally the amount allocated each month is 3TB (yes i’m THAT close), so it kinda raised some red flags over in Creeperhost Central.

So…. Paul_T (owner of Creeperhost) has come to me with a proposal to move my files over to a service he provides specially for minecraft modders, a creeperhost repository. For now most (if not all) of the site’s files will be hosted on creeperhost’s repo.

So, it would do me and creeperhost a HUGE favour if you are installing portalgun for the first time, to use the updated version (should be 1.4.4v0.1) instead.

He says it the best way anyone could, so you guys might want to think about that comic before you complain of lack of updates.

– Fixed block duplication glitch with cobblestone.
– Fixed interdimensional grabbing (psst mystcraft)
– Disabled interacting with entities while holding the gravigun. (Since right click pulls/grabs them)
– Increased throwing power of supercharged gravity gun slightly.
– Updated mr_hazard|d95’s model.
– Half Slabs can now be grabbed.
– Damage inflicted by throwing an entity into another is now varies depending on the size of the entity thrown and the entities hit.
– Added compatibility with PortalGun v1 and later.

GraviGun on the other hand… Has a new model! 😀 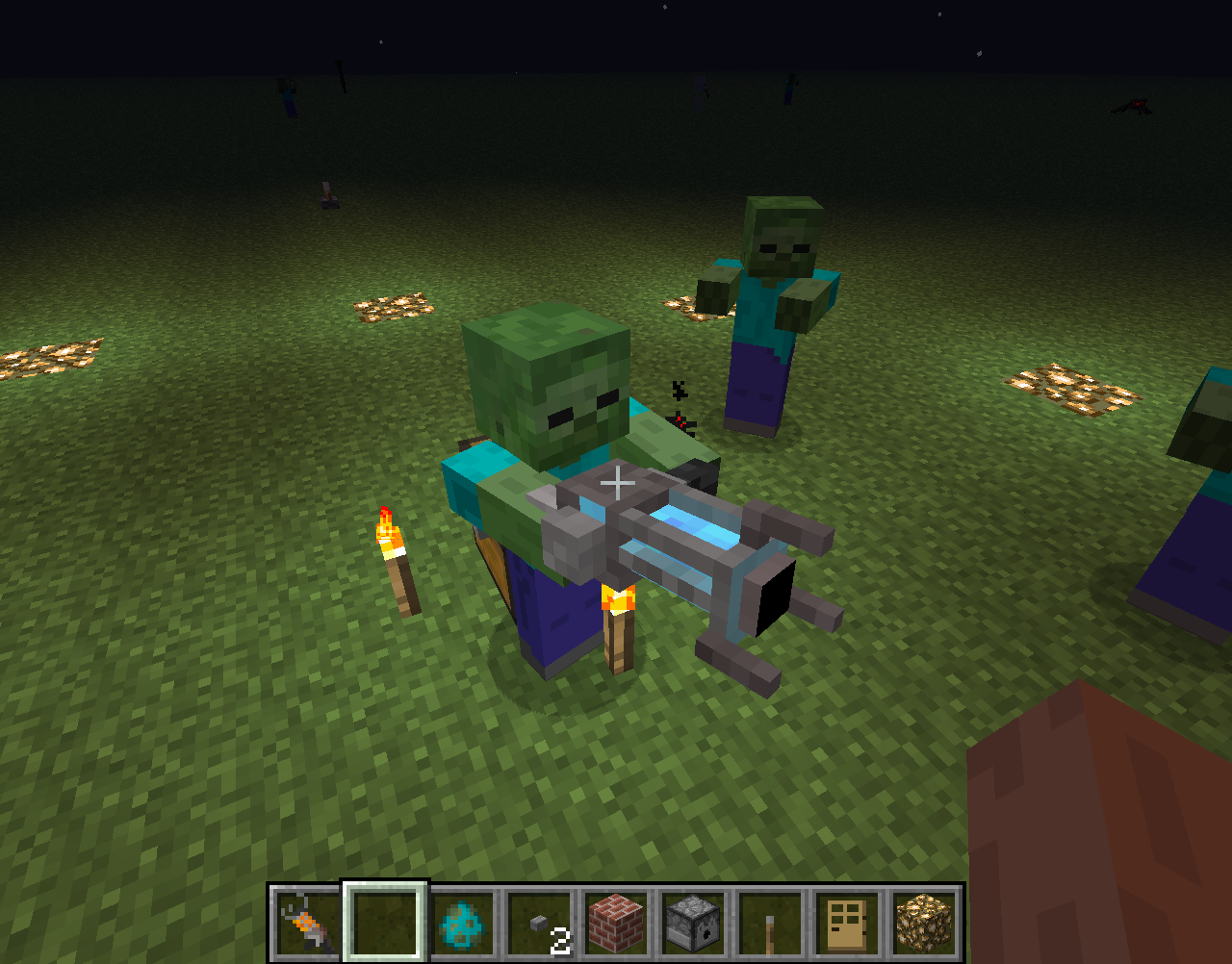 Also: fixes to block interaction. also has a 1.4.2 version with the model.

Gravity gun mod released. Many congrats to L5_ for making the texture I finally decided to use, tho there were some other pretty good ones too! 🙂 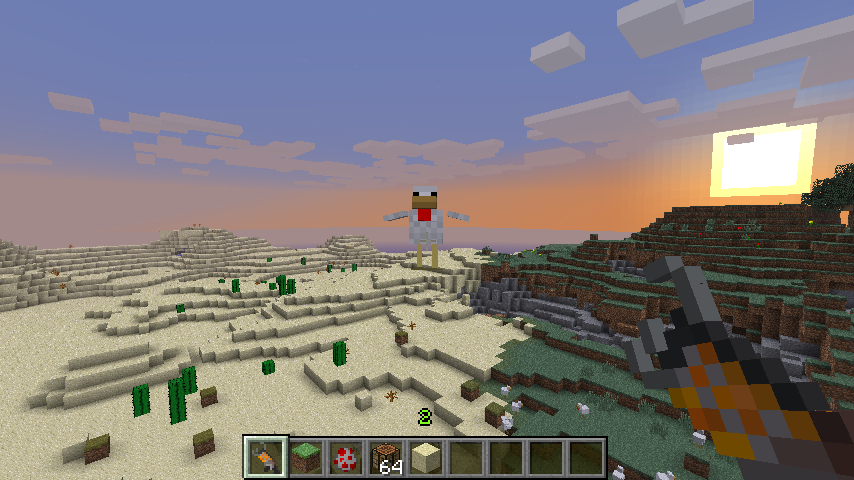 Anyways, get the mod here!

Guys, I’ve been getting reports that Microsoft SmartScreen has been blocking this website due to “malicious content” or so. 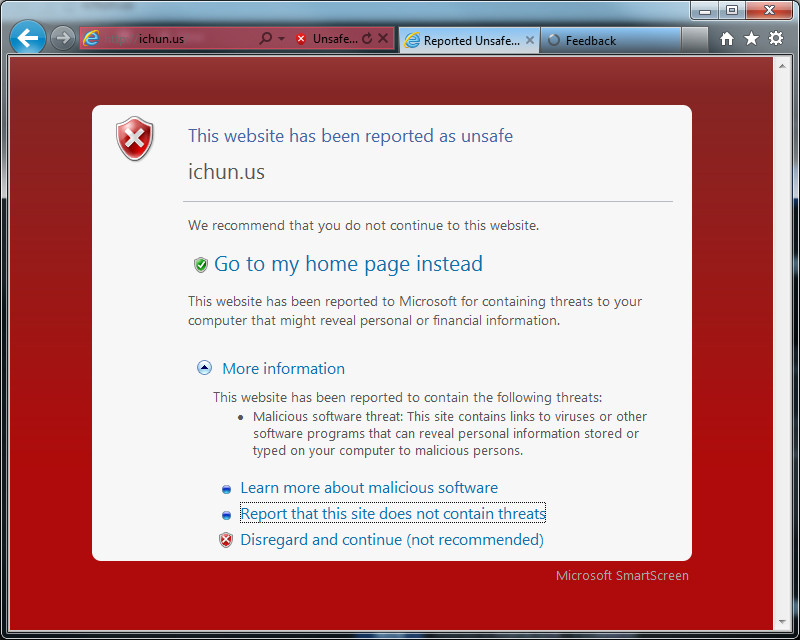 I can reassure you that there are NO malicious threats with this web site. Everything has been checked and verified clean. Even our ad hosters are by GOOGLE, so if Microsoft think’s Google ads are viruses, or that minecraft mods are dangerous, I am disappointed.

You guys can do me a favour by submitting a report that you think the site is safe, here. Or you can do the world a favour by NOT using IE. I would recommend Google Chrome, or FireFox.