In need of hats. Yes, hats. 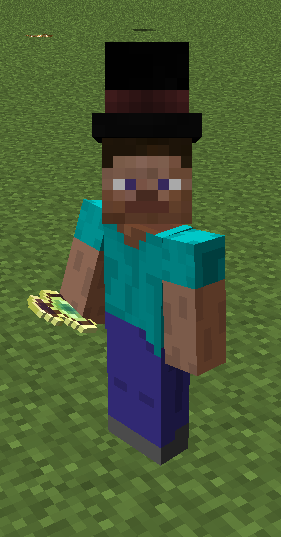 In case you didn’t know, I’m taking part in a Modding Event by Searge of MCP, called ModJam!

As a bunch of you might know by now… I’m somewhat making a “Hats” mod (No, not really like TF2 hats).

However, the mod needs models, so I need your help! (While I do all the code stuffz)

How’d you like to make a couple of Hat models for the mod?

I’ll be sure to take a look at a bunch of submissions, they’re not really hard to make, and you need Techne, as usual.

Here’s what you have to do:

Please note that once you submit the model you’ll be agreeing to allow me to make changes to the model as I see fit before it is put into the mod, as well as allowing the public to view/use it.

There won’t be a deadline on this yet, but I’ll try to pull as many hats as I can for the release of the mod. Additional hats may be added as a content addition later on.

Here’s an example of a top hat on top of the Hat Template: 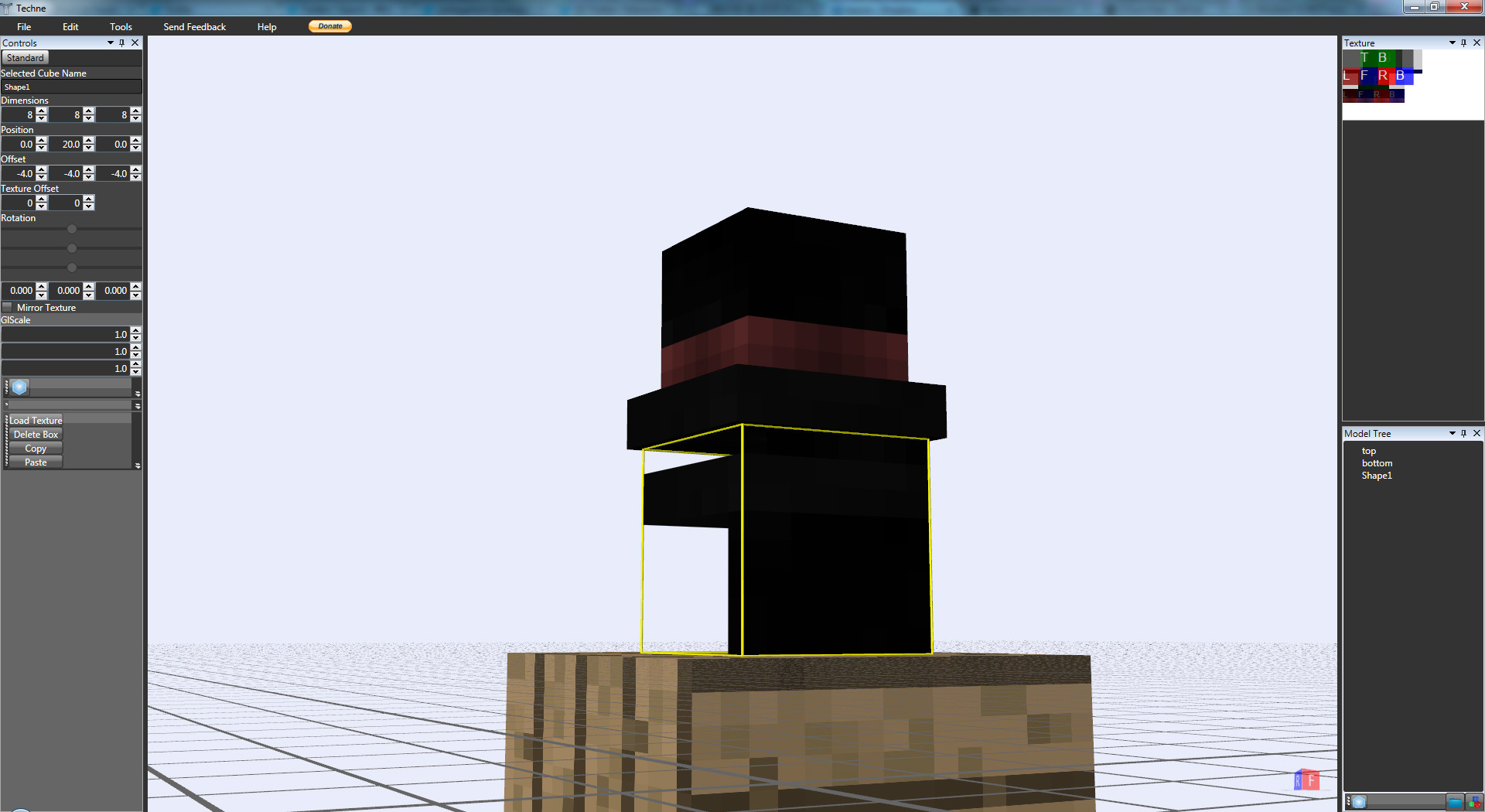 An ingame shot can be seen above.

EDIT: Those of you looking for the mod can find it here.

When you’re doing a Physics assignment, and you’re assigned to write about “Lunar Gravity vs Earth and the Differences In Energy Used in Actions between the two”..

I strongly suggest against writing about the Gravity Gun mod, and then citing this blog as a source for physics info.

Even more so, when the person checking it, knows where to find me 😛

You know who you are.

At this time, the primary links (Creeperrepo) are down, so use the mirror links first.

Gravity Gun, PortalGun and Trail Mix now requires a “shared library” mod dependency, iChun Util. iChun Util makes it easier for me to reference similar functions used by all three mods. Think of it of something like “CodeChickenCore”, except it isn’t a coremod.

Also, the 4 mentioned mods now use the new “Runtime Deobfuscation” method provided by FML/Forge. As Minecraft updates there should be no reason to update certain mods, unless things break, thanks to FML.

Unfortunately to allow this, the file size of a bunch of the mods may have increased slightly (heh, what’s 1 or 2 more extra mb nowadays anyways).

If any issues were to arise from runtime deobf, let me know immediately and I will see what I can do about it.

PortalGun 1.5.0v1
– Fixes here and there… Lost track of them.
– Fixed issue with addBlockIDToGrabList in API.
– Fixed crash issue with singing turrets.
– Weighted Cubes will not drop an item if broken by Creative Players
– Now requires iChun Util.
– Introduction of Hard Mode for PortalGun
– Added console print out when receiving invalid IMCMessage

Unknown to many, today (March 9) is actually Portal Gun’s 2nd birthday! Yep, it’s been two long years of this mod being available to the public, and of course, the various updates including content and fixes. Wow, how much it has grown since then. How much many things have changed since then, too.

Today marks a special milestone for the mod. You guys playing with portals today may notice a surprise on your wall portals. An easter egg has been put in on wall portals as a mark of another year passed, as well as to bring truth to “The cake is a lie!”.

In accordance to it’s birthday, I will also be introducing a half-baked idea (it’s not really “sciency”, I agree, but it was an idea, and I’m trying it out), called Portal Gun “Hard Mode” <–clickable. It’s a config option which makes getting a Portal Gun even harder. Some have even dubbed it “Greg mode”. Either way, this config will be included in PortalGun builds 1.5 onwards, and is very heavily subject to change. If you don’t like it, don’t use it. Like I said, it doesn’t really fit the theme of the mod, and will probably change in the future.

– Fixed crashing issue with packet payload too large (due to too many players :O )
– Fixed turrets targeting players who placed them although set not to. Turrets will have to be replaced.
– Fixed turretMode 3 not targeting hostile mobs.
– Fixed “floating portal” bug when portals are placed on floating sand.
– Increased raytrace of moon portal shooting to 500 blocks to decrease chance of “accidents”
– Added command option to clear moon portals onto existing clearPortals command.
– Added option to disallow command executers to be grabbed with the portal gun.