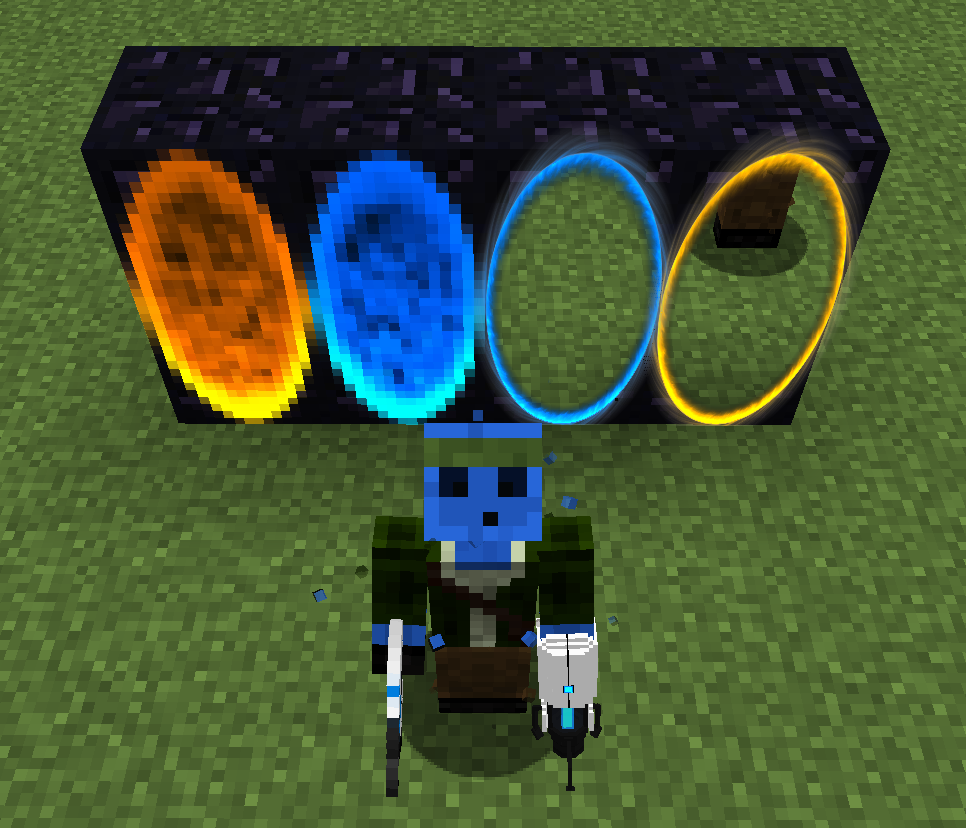 Then (left) and now (right)

The Portal Gun (PG) mod has been around for Minecraft for a very very long time. Last month, it turned seven. Yesterday, I myself aged another year. Lately, I’ve been thinking, woah, I’ve been making mods for Minecraft for seven years now. I started out barely knowing Java, thinking that it couldn’t be much different from JavaScript. I wasn’t wrong, but I wasn’t right either.

Anyway, I was thinking back to how PG used to be, and how it has gone through multiple iterations as its been rewritten at least 4 times now, I’ve lost count to be honest, but every time I rewrote the mod, I had already learnt more and more about Java and programming in general. And so, with that, I wanted to highlight to you all how much seven years of being persistent, of regular practice, and of learning new things, can do to a project.

I’ve went back and found the very first version of PG ever released for Minecraft Beta 1.3_01 (thanks to modmuss50), used the textures and sounds from back then, and rewrote the earlier versions of PG for Minecraft 1.12.2. When I first started modding, PG took me about two weeks to write and test and eventually release, in its own little buggy state. This rewrite, took 9 hours (over two days). This took a lot less time because I was much more familiar with Minecraft’s code base, I was much better with Java, and (you could say) I knew what I was doing.

My point is: Keep at it. It gets easier. You get better.

Now, on to the mod, which I’m calling Portal Gun Classic.

Make a Portal Core as so:

Use the core to make the portal gun as so:

Press the G key to “flick the switch” on the gun and use the portal of the other colour.
Press the R key to reboot the gun, wiping out the pair of portals on the map. (This was a feature from the second ever update of PG)
Press the Shift+R key to wipe just the portal that the gun is configured to fire. (This is new altogether)

The on-screen overlay for the portal gun was also brought back for PG Classic. The early versions never had it.

This mod was made mainly for nostalgic reasons, and to allow a clear comparison between the current day PG and the early versions. Do not expect it to be updated beyond MC 1.12.2 nor for it to receive any support. As expected, the mod will need Minecraft Forge.

One last thing I’d like to add. I’m making the source of this mod open source for people just starting out, to reference and possibly learn a thing or two from my code (and possibly even contribute to themselves!).

EDIT: I feel like I need to clarify that this is talking about a Portal Gun Classic version. Portal Gun has been available for Minecraft 1.12.2 for quite a while now but can only be downloaded off CurseForge at this moment.