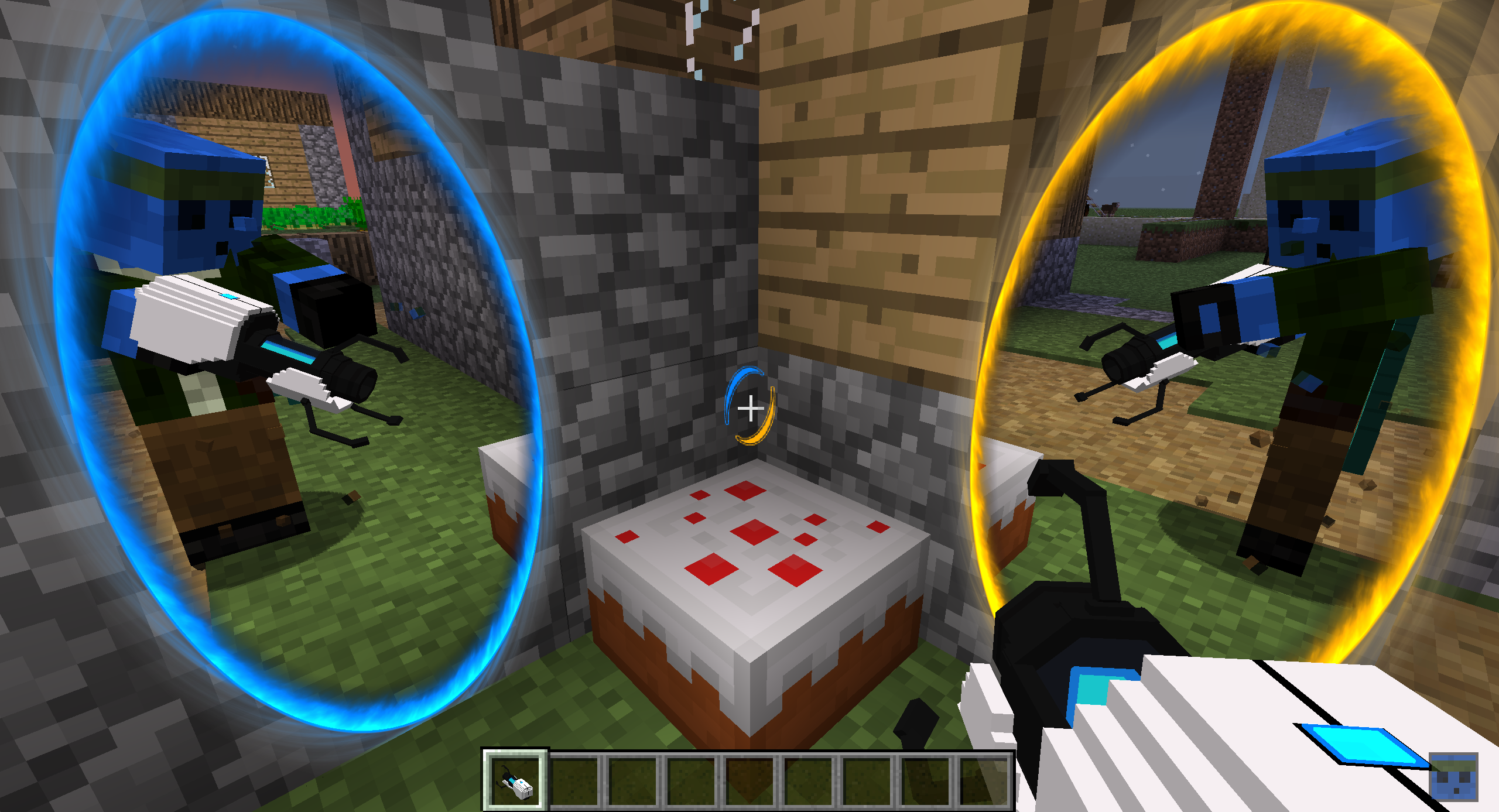 I’ve been rushing like crazy to try and get this release out, and it’s 20 minutes to midnight and I was supposed to pop out like 10 minutes ago.

HOWEVER: Do note that although released, there are still many changes and alterations and known issues that I’ll have to address as time comes. Notable: Portal rendering can be finicky at times and flicker. You can’t grab entities through portals. You can’t shoot portals through iron grills. You can’t (I don’t know, I didn’t try) use portals over long distances (yet!). Having a new pair of portals can occasionally lag the client (badly!). Lacking a lot of particles and effects.

Recipe for the moment is as in the old mod, still subject to change. Portal projectile render may or may not be final.

Again though, like I said, gotta run, I’ll write later! Discussion (issue reports, suggestions, anything in general) over here on Reddit!

EDIT: I feel the need to add that the mod is very much so still a WIP. A lot of issues need to be ironed out and I feel that this release actually isn’t up to my typical standard, but I’ve been targeting a release for PG today for over a month now and here it is. So for now, enjoy.

EDIT2: The mod is crashing on dedicated servers! My bad! I’ll fix it tomorrow.